After a lot of time with my fellow laptop, I decided to do a massive upgrade to my hobby system and bought a new Desktop.

As my readers know, I actually work as an IT consultant and programmer in Milan and fortunately my employer issues laptops for all the employes. Moreover as I am not travelling from home to university I was not needing a laptop anymore. Moreover, video cards on laptops are very limited in CUDA Cores, which are very important with NVIDIA Iray rendering.

These are the main reasons I decided to go for desktop along the fact that the price for a cool desktop is far lower than a same power laptop. I actually went for a custom assembled pc from PC Specialist.

The order went fine and I received my PC in 15 days at my wife's office as it is easier to reach by car than mine (and travelling with a box like that in the Metro was not an option) as it included both the tower and the monitor.

Here are the spec of the computer:

I actually bought the SSD originally for the laptop but thanks to this adapter and a lot of help from my wife, as my clunky hands were not able to reach the inners of the drive bays, I was able to add it to my new machine. Here is a photo of my new setup. 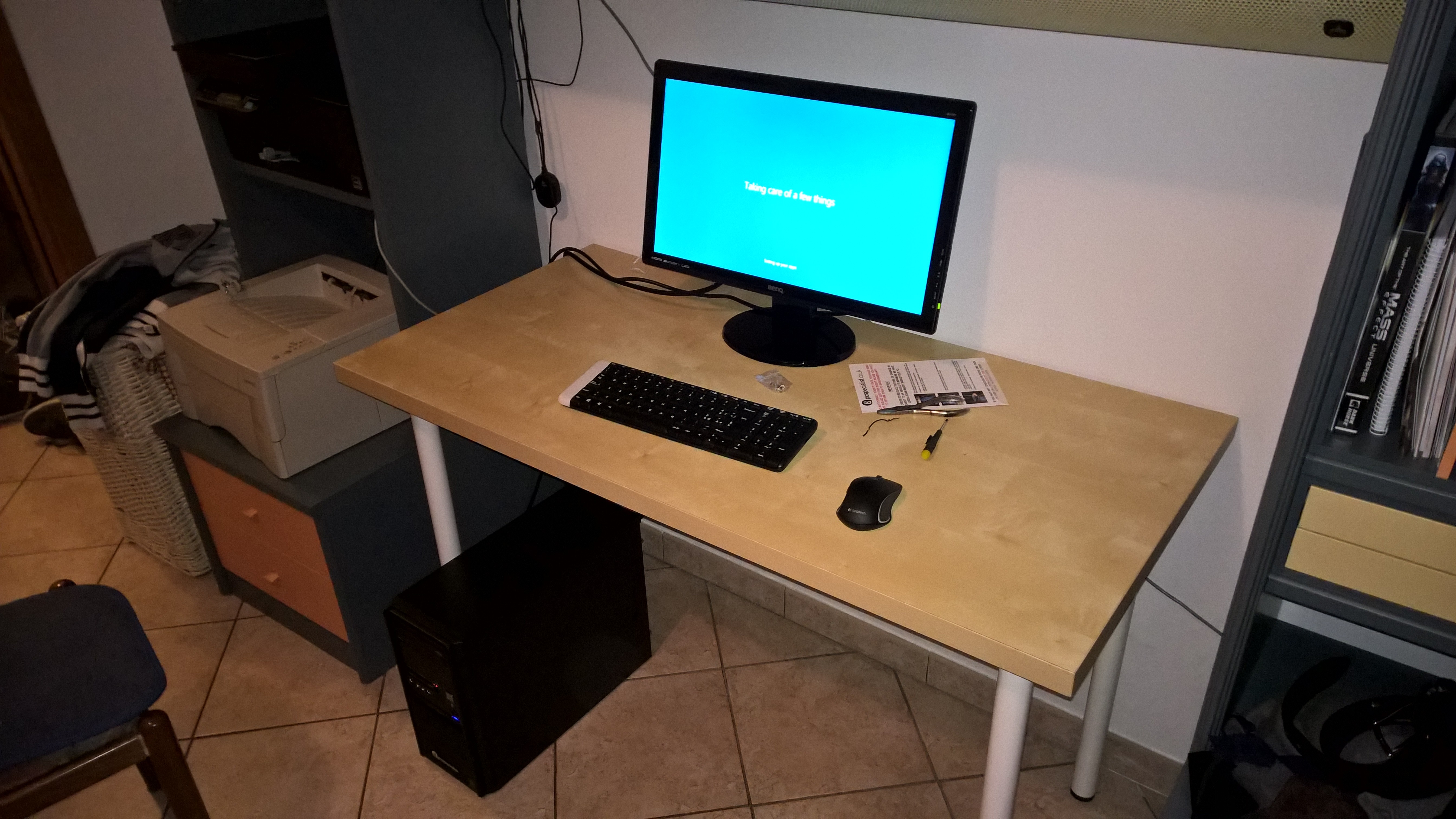 The first test was running Skyrim. The game set the optimal setting at Maximum with HD resolution (8x AA and 16x AF) and I did not notice a single frame drop while registering a video of me playing (using NVIDIA ShadowPlay).

After testing it I tried to run DAZ Studio which was handled without any problems and did a 1000x1000 Iray render of a portrait in only 15 minutes using both my processor and video card. A great improvement over the 2 hours I needed before (for a 500px image).

Third test was checking out Reality 4.1. I actually reached 120spp (samples per pixel) just 5 minutes; this means that for reaching a decent quality image (1000spp) in under one hour. This is a benefit of the new Reality update added with my new machine. Unfortunately, I did not notice much improvements with using video card rendering but I will look further into it.

The last test was making it run ArmA 2 which is a game I wished to play decently for quite some time and the result is actually outstanding. HD resolution with nice graphics and a good rendering distance.

That's quite a big improvement, at least for me. I can start to learn the Unreal Engine without my computer burning, use some of the game development tools I bought and, thanks to the reduced rendering times, I can focus on improving the quality of my images ohter than making them bigger.

I guess that from now on we can expect very big things from me.